How to write an internal production failure incident communication

What do you say when the system is down? 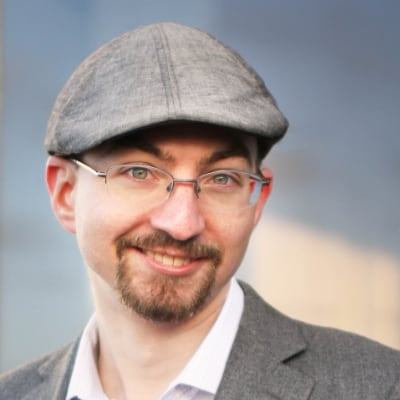 The ReadME Project amplifies the voices of the open source community: the maintainers, developers, and teams whose contributions move the world forward every day.

In my experience, most organizations of any size will develop formal incident management processes with tooling and training to help manage the communication and coordination around bad things that happen, but none of that is strictly necessary. In fact, in order for that tooling and training to be successful, it’s important that it grows out of an organization’s healthy pre-existing culture around incidents, rather than being imposed from outside.

Even organizations as small as two or three people can benefit from thinking a bit about how we communicate around incidents. Conversely, I’ve been part of even large organizations which successfully used quite simple tools—a single email list, a couple of telephone conference bridges—and that success was possible because we had a strong culture around incident communication.

When responding to any bad thing, there are a few things that must be communicated, to some level of detail, as widely as possible within the organization:

In ten years in the industry, though, I’ve seen many incidents fail to receive appropriate attention because nobody ever sent the email declaring them as an incident (until I did, sometimes). On the flip side, I’ve never seen an incident made materially worse because someone sent the email about it—and I can think of a couple of examples that might have been but weren’t. I’m sure that counter-examples exist. They’re not the rule but the exception.

We should always err on the side of sharing information more broadly rather than less, and no healthy organization should punish or exploit such sharing.

From: kevin@example.com To: incidents-list@example.com Subject: Production has failed over to secondary database Severity 2, phase 1. I am incident commander. Coordinating via #2021-03-15-production-failover channel on Slack. The primary database cluster stopped responding to requests at 0:02 UTC (17:02 PT). After thirty seconds, production failed over to the secondary database and alerted us. The site is still functioning, however if whatever took down the primary database cluster also takes down the secondary cluster, the site will be hard-down. Customer liaison: Jayla M. Business liaison: Shruti S. Subject-matter experts: Alícia S., Dave D.

This is a short email, but it contains all of the information I mentioned above.

There are several roles besides the incident commander that are important in an incident of any seriousness and in organizations of any significant size.

Not all incidents will need to have all roles filled. For instance, if an incident has no customer impact, then it’s unlikely that a customer liaison is needed to resolve it. However, customer support teams should always be aware of and able to participate in ongoing incidents. It’s often hard for backend technical teams to fully anticipate customer impact, and it’s easy to think that something doesn’t have customer impact when in fact it does.

I’ve often had people on the customer team notice that there’s an incident happening, connect it to complaints coming in from the field, and show up to help me fix it. Conversely, I’m always afraid that I’m only going to find out in the incident review meeting that customers were very mad, the company lost millions of dollars of business, and customer support felt that there was nothing they could do about it. The former is a much better outcome than the latter, and it’s only possible if customer support teams are able to see and participate in incidents.

When I was at Akamai, I would often use this to guide how I prioritized incidents. If I got asked to run an incident and immediately wanted someone in management to help me explain to the C-suite what was going on, well, that had to be at least a severity 2 incident, because all severity 2 incidents and greater were required to have a business liaison.

We would tell incident commanders not to spend more than two minutes picking a severity when they were writing the initial incident email—it was always possible to raise or lower the severity after the fact. The important thing was to get people communicating and coordinating quickly.

If you and your organization adopt this form for your incident communications and use it consistently, you don’t need any special tooling to run your incident process, although you can have it if you want. What’s important is that you clearly and consistently communicate the essential information about what’s going on, both to everyone involved in the incident and to the rest of the organization. Because what distinguishes organizations isn’t whether bad things happen at all—it’s how well we respond to them when they do.

A special thank you to Nelson Elhage, Riking, and others for their helpful feedback on an early draft of this article.

Hi there I’m Kevin (@kevinriggle). While I learned to code while I learned to read and have loved computers my whole life, I realized pretty quickly after college that I wasn’t going to be happy spending the next forty years of my life sitting in a cubicle in a corner writing code and not talking to anybody. After a bit of a sojourn I landed in security, which I love because it’s the intersection of the hardest technical problems we know (like cryptography) and the hardest social problems we know (like making cryptography usable by people). I got my start in Infosec at Akamai, where I helped to redevelop our incident management process, train incident managers, and served as an incident manager myself on some gnarly and interesting incidents. These days I have my own little shop, and I’m available for consulting on incident management as well as several other areas of security, privacy, and the broader emerging field of software safety. In my “spare time” I make videos on security and safety topics.

Teaching in public with GitHub

About The ReadME Project

The ReadME Project is part of GitHub’s ongoing effort to amplify the voices of the developer community. It’s an evolving space to engage with the community and explore the stories, challenges, technology, and culture that surround the world of open source.

Nominate inspiring developers and projects you think we should feature in The ReadME Project.

Recognize developers working behind the scenes and help open source projects get the resources they need.